Holly Todd, On the Horizon

This painting presents the viewer with a traditional landscape. New Zealanders know this kind of view, it is very familiar. We see it around us on a regular basis. The surprise lies in the simplicity of the work. The artist has been brave in refraining from overworking the canvas. She knew exactly when to stop. The result combines a familiar view with a sensuously beautiful surface. One is simultaneously aware of the view and of the painterliness of the work. The velvety green, grassy landscape finds its equivalent in the way the luscious paint has been applied. Subject matter and form come together and each finds its corollary in the other. 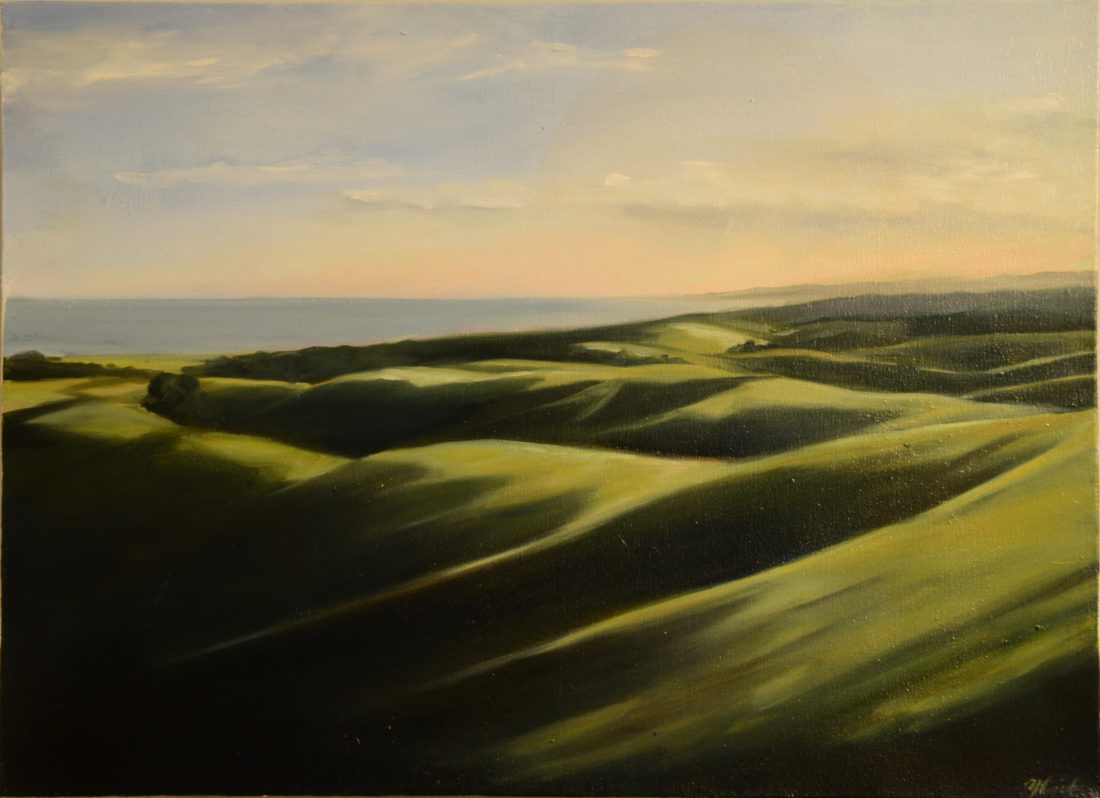 On the Horizon, by Holly Todd

Gemma Baldock, Beneath the Surface

At first glance one is struck by the simple, almost child-like motifs. Looking more closely, one realizes that the motifs act as cyphers; they stand for inclusiveness: all are represented, different genders, cultures, and species. The loosely circular composition brings them all together on a tonal surface. The murky tonality suggests an underwater realm where people, fish and plants lazily intermingle. This is borne out by the title, which can have a double meaning: In our era of global warming and depletion of the seas, the work takes on an ominous aspect; it’s almost as if we are looking at something preserved in a vitrine; and this is emphasized by the way the outlines of the paper are shown rather than hidden by the frame. The artist has managed to combine child-like play with a sense of vague unease; therein lies the success of this work.

Beneath the Surface, by Gemma Baldock

The surface of this work is simply divided into broad bands of ochre and light blue tones. This is enough to conjure summer days at the beach, lazy vacations, long walks on wet sand, being almost alone along a wide stretch of ocean. The two small figures underline this kind of experience and provide focus to the work. They are also painted with a minimum of line and tone; their dark shadows providing a contrast against the blond scene, while simultaneously providing a suggestion of depth. This artist has also known when to stop, to allow the bands of colour and the central focus to speak for themselves in conjuring up experiences most people can share with the artist. 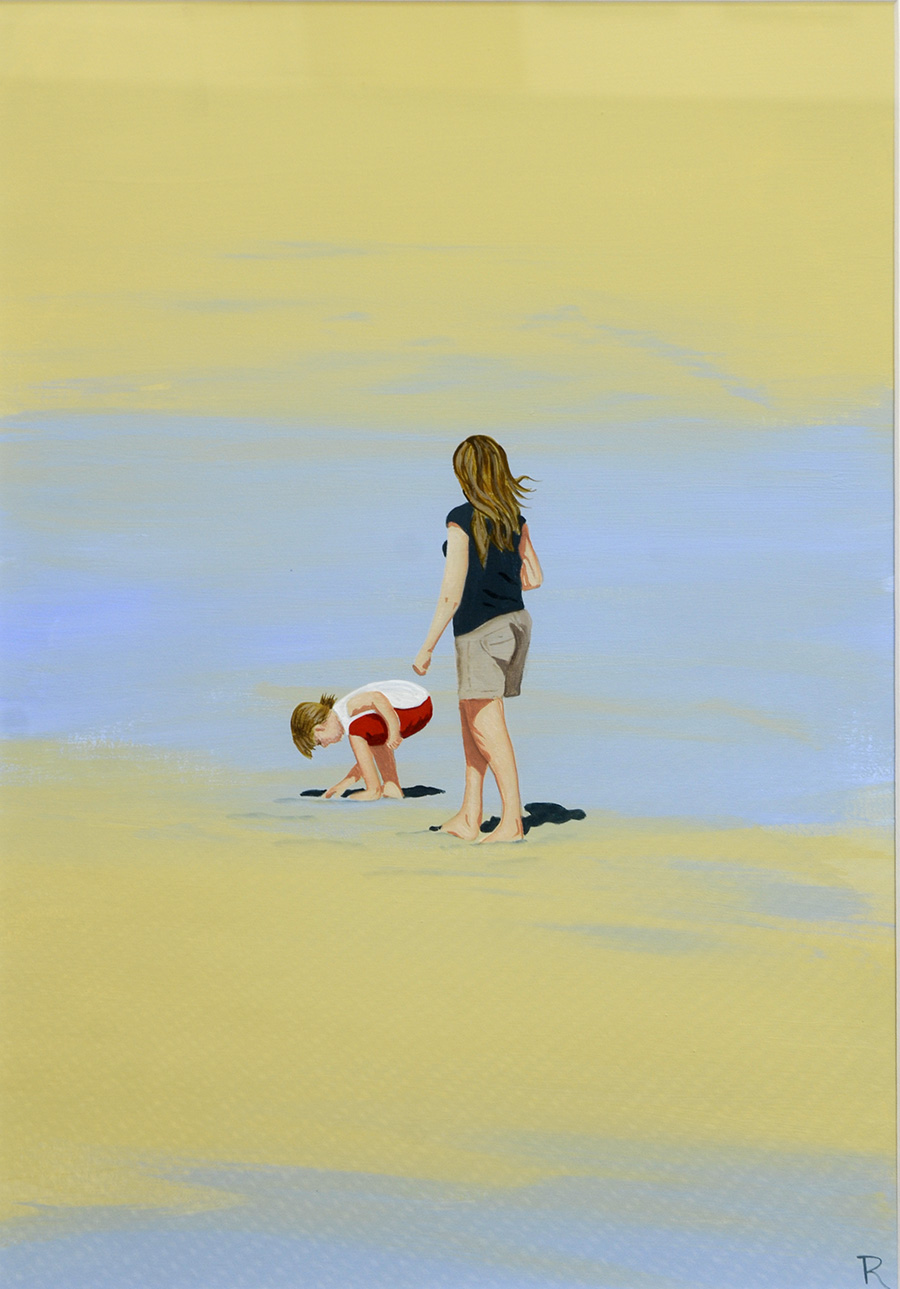 What’s this Mum?, by Ruby Whitty

back to previous exhibitions